How can we ensure diversity, inclusion and fairness in tech and security?

Diversity in the tech sector is one of the most vital conversations happening in technology today, and the issue is very relevant to the infosecurity profession. Earlier this month, I was invited to speak at ISACA Ireland’s SheLeadsTech event which focused on this theme. In my talk I looked at the motivation for pursuing diversity, distinguishing it from equality, framing the issue not just in gender terms, recognising unconscious bias, ways to encourage women into the tech sector, and supporting them when they do so. I also looked at how diversity at the BH Consulting team naturally came about.

My research into diversity for the talk at ISACA led me to understand the difference between diversity and inequality – and why it’s important we don’t whitewash the two or sanitise inequality with the term diversity. Diversity is about embracing the things that make us different, whereas equality is about treating people fairly.

A means to an end

I have to admit to being a bit of a ‘diversity cynic’ and I made this clear during the talk. I outlined how diversity as a buzzword feels to me a bit like Corporate Social Responsibility (CSR) did when I first encountered the term many years ago. Ultimately, organisations engage in such programmes because they ‘enhance the bottom line’. Milton Friedman’s 1970 polemic noted that organisations’ use of CSR was nothing more than window dressing and that the fundamental purpose of any organisation was to make a profit. For example, the IMF and the WEF both maintain that “closing gender gaps benefits countries as a whole, not just women and girls”. Countless studies all note that companies with more women in leadership positions tend to do better financially, and that gender diverse teams have better financial outcomes.

So does it really matter what motivates an organisation to engage in diversity programmes if the result is equality, transparency and fairness for all employees combined with more effective team outputs and engagement?

The difference between diversity and equality

Unlike diversity, equality is a legal requirement. The Employment Equality Act protects people from discrimination on the grounds of ethnicity, gender, disability, religion, age, sexual orientation, family status or marriage and civil partnerships.

The equality challenge currently of most concern in the tech industry – and most industries – is gender equality: “assuring that men and women have equal access to work and advancement, capital, and pay for comparable work”. However, achieving gender equality is not straightforward. Gender quotas for instance damage a meritocracy, where those recruited under a quota system are judged as ‘nominated under the quota system’ rather than nominated on merit. Quotas also increase the risk of excluding the best candidate where the best candidate is in fact the ‘other gender’.

Historically in Ireland, if we go back far enough, the marriage ban prevented women from working after marriage within the public sector (my mother was in fact one of these women). This had a profound effect on gender imbalance in these sectors, not to mention the traumatic effect on women’s careers and mental wellbeing.

These sectors had to introduce quotas to rectify the damage done by the marriage ban and achieve numbers that reflected equality in the workplace. However, the quota system omitted to address the issue of implicit or unconscious bias, where committees or individuals charged with recruitment, promotion and performance evaluation tended to select people that looked like them, acted like them, talked like them, and had similar backgrounds. So, this became a self-sustaining system.

Unfortunately, we rarely recognise our own implicit biases, and therefore the rules for ‘equality’ can lack transparency for work recognition, recruitment and promotion. This is where diversity and inclusion programmes bridge a gap.

Diversity is “recognising, valuing and taking account of people’s different backgrounds, knowledge, skills, and experiences, and encouraging and using those differences to create a productive and effective workforce”.

The current conversation about diversity in the tech industry tends to focus on gender, but the subject extends to many facets including neurodiversity, political leanings, culture, religion, nationality, ethnicity, race, colour, education, socio-economic background, risk taking, age, disability, introversion/extroversion, to name but a few.

To encourage diversity in teams, we need to consider a starting point. Publishing a diversity policy for your organisation is about as effective as publishing a policy for any subject; on its own it is meaningless. Diversity needs to be part of the culture of an organisation, and a good place to start is to implement strategies to address implicit bias.

Do you know what your implicit biases are? Do you know the biases of those you work with? Examine your own level of comfort with different individuals: are there some people you warm to? Are there some who make you feel uncomfortable? I know I warm more to the talkative extroverted type, but I work better with the introverted type. When conducting interviews, I am aware that I will prefer the extrovert to the introvert, so I try not to let that cloud my judgement. I am sure I have many more biases, and implicit/unconscious bias training helps to identify and remediate such bias in our workforce.

We don’t like to admit that we have unconscious bias, but we do – it’s a natural phenomenon. We should be kind to ourselves about it and really focus on identifying it. We don’t need to ‘fix’ it – we are not broken – we just need to know what our implicit bias is so that we can account for it in all decisions we make and interactions we have.

Another way to help diversity is a mentorship programme. Identify key leaders who can help guide and direct women coming into tech or women already there. These mentors do not necessarily have to be same gender; there are many men in the industry who would love to help mentor other younger men and women in the industry. During the talk, I used the example of Katherine Stryker, who was the first woman to run in the Boston marathon. We see in the image below that a male race official is trying to pull her out of the race and is shouting at her ‘get out of my race’. However, there are also three men who came to her assistance behind her, and they are pulling the official away from her. Although the moment upset her, she continued the race with the support and encouragement of these three men. 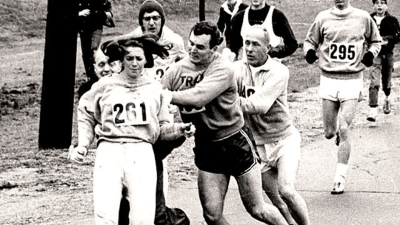 Steve Jobs advocated we should all learn how to program because it teaches us a new way to think about the world and solve problems. Undoubtedly this is true, but I must admit I was a terrible programmer when I started my career back in 1990.

In 2017, Microsoft researched European students’ perceptions of STEM subjects and choosing them as a college course. The results for Ireland were insightful; the top factor negatively influencing STEM interest in girls was a perception that STEM is done by men only. This was not a top factor in any other European country.

The inspiration for choosing STEM varied between genders:

This concept of ‘making a difference’ really resonated with me and is a theme that is repeated in many global studies on STEM and gender. In 2013, after leaving the financial sector to pursue a PhD in information privacy, I chose work where I felt like I could make a difference. Now I help clients achieve compliance to data protection legislation without which they could not do business. I help clients deal with data breaches, and I feel I really contribute positively to their successful business.

So we do make a difference in the tech industry – we just don’t promote it very well. So how can we best promote women into the industry? The current discourse of ‘get more women in tech’ sometimes feels a little like ‘The Handmaid’s Tale’, 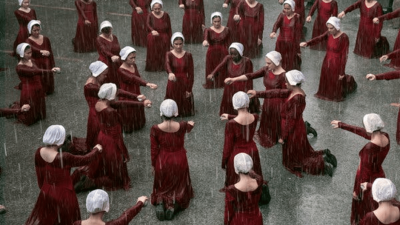 and perhaps we should take a more light-hearted positivist approach such as that taken by the group ‘Q4theloo’ by showing women who are interested in STEM some interesting quirks of working in an industry with a huge number of men e.g. the lack of queues for the women’s toilets at tech conferences: 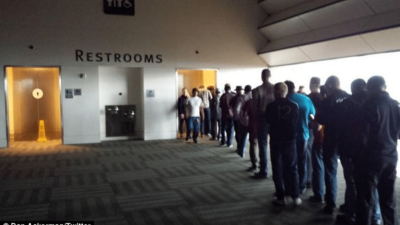 In BH Consulting, we do not actively try to implement diversity initiatives; it seems we naturally are diverse anyway. We appoint on merit, and this has resulted in a diverse team. We try and identify key skills that everyone has and assign work to consultants based on their strengths. 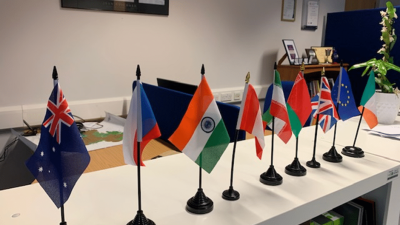 So what does our team look like? We have seven different nationalities: Australian, Canadian, Czech, English, Iranian, Indian, and Irish. Our gender split is almost equal, with eight females and nine males. At senior leadership level, our CEO is male, and our COO is female. We are diverse in age, ranging from 23-58. Six of our team are parents (with two very recent additions to this club). We have six people who work on a part-time basis, one vegetarian and one non-drinker. Our team’s post-secondary educational background is also highly varied, ranging from none to PhD.
We also have a diverse client base, spanning the charity and public sector to financial, pharmaceutical and technology companies. They range in size from small and medium to large organisations, variously based in Ireland, the UK, continental Europe and the United States. 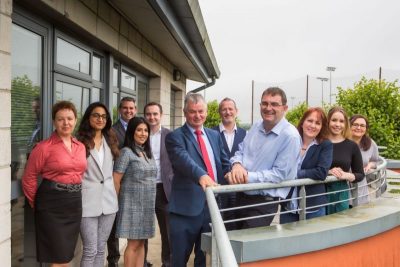 Diversity is about more than just gender – although that is a useful and obvious way to start addressing the issue. It involves becoming aware of unconscious bias, striking a fair balance between diversity and equality, and providing clear examples and supports for others to follow. Being invited to speak at the ISACA Ireland event was both a learning experience for me and a slap for my cynicism.