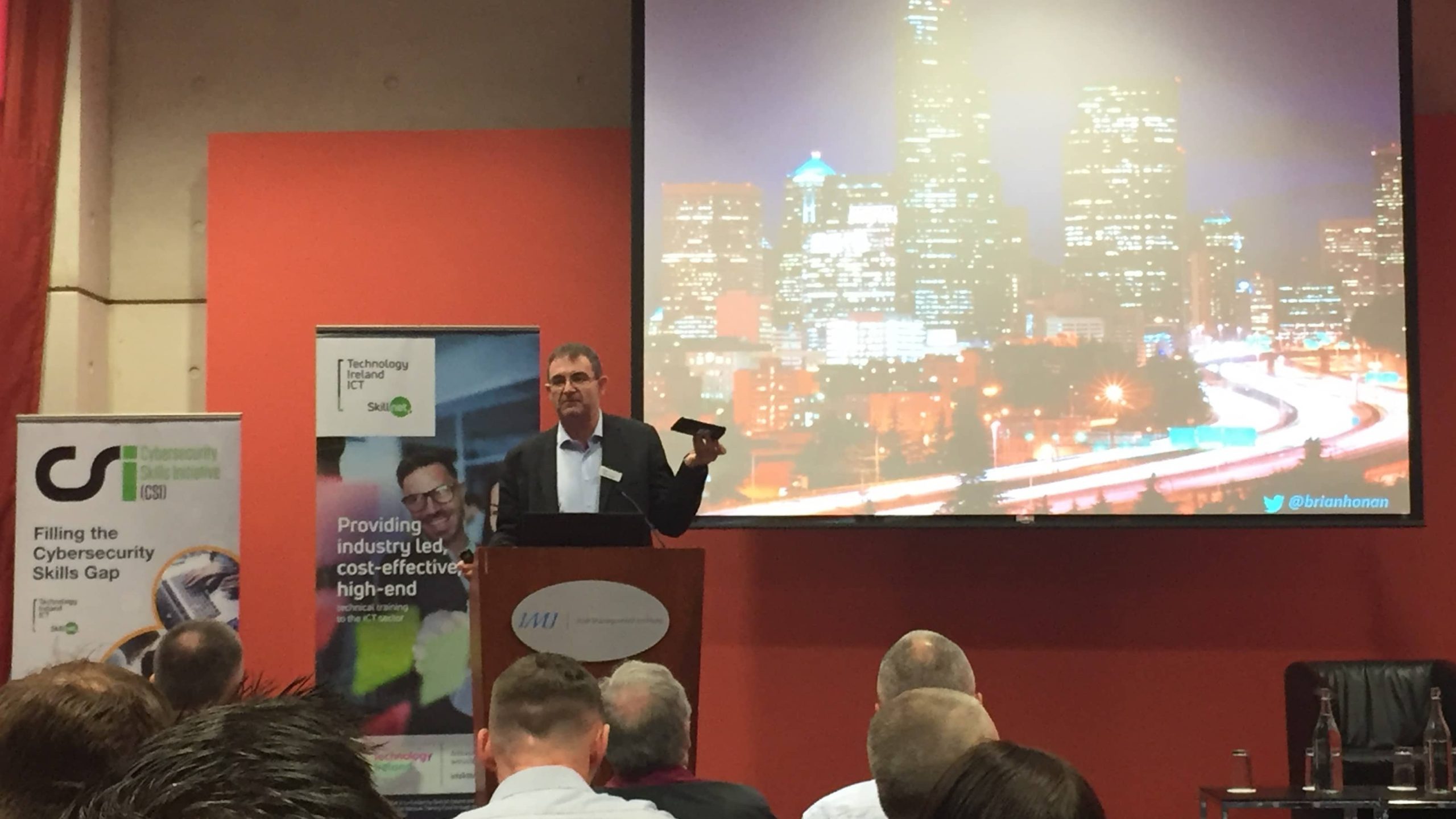 Businesses should prepare an incident plan for security breaches in advance to know what resources they’ll need to deal with it. Speaking at the Technology Ireland ICT Skillnet Cybercrime Conference earlier today, Brian Honan said that running different scenarios can help businesses identify whether they’ll need assistance from IT, legal, HR or public relations.

Research from the Institute of Directors in Ireland has found that 69 per cent of SMBs claim they’re prepared for a data breach. Brian flipped that statistic to point out that this means almost one third of business owners have no such plan.

He also encouraged companies to report incidents like ransomware, CEO fraud or a website infection. “Don’t forget you’re the victim of a crime. In most cases, a cybersecurity incident is treated as an IT problem, not even a business issue or a crime. It’s a mindset change. It’s not separate to your business, it’s integral to it.” To help make that change, he suggested: “we should drop the name ‘cyber’.”

When businesses have to disclose an incident, Brian called on them not to use the phrase ‘we suffered a sophisticated breach’ – because most times, it’s not true. In many cases, incidents are due human error, or to bad practices like poor passwords. “If you’re using cloud email, enable two-factor authentication and educate people in using secure passwords. Encourage them not to click on suspicious links,” he said.

Other attacks exploit platforms like WordPress and Joomla. Businesses using those tools to run their websites need to continuously manage and update them, Brian said. “Many web vulnerabilities and threats like attack types like SQL injection are known about for over 10 years,” he said.

Companies can take several steps to improve their security, such as establishing policies. “They’re very important – they set the strategy for the business and help everybody to meet it,” said Brian. Having systems to monitor and respond to suspicious activity is also essential. “Look at the physical world: you can’t guarantee your business won’t be burgled. It’s the same in online world, but we need to be able to detect when it happens,” he said.

The best security investment a business can make is in awareness training for employees, Brian added. These programmes educate staff about how to identify potential attacks, and how to handle information in a secure way.

He also encouraged businesses to disclose when they have suffered an incident, to help improve overall security. “Everybody will have a breach, there’s no shame in that, so let’s get over that and share information to help each other,” he said.

Research shows a high proportion of security breaches take months to recover from, which is partly due to an industry skills shortage. “The biggest problem we have is a lack of skilled staff in cybersecurity,” Brian said. The conference saw the launch of a new programme to train 5,000 people in cybersecurity over the next three years. The Cybersecurity Skills Initiative aims to address the shortage in skilled security personnel.

It’s worth asking whether the industry is open to candidates without formal degrees in cybersecurity or computer science. Brian said some companies may need to relax restrictive HR policies such as requiring formal degrees in security or computer science to attract the right people into security roles. Otherwise, they could be missing out on enthusiastic, experienced and skilled people.